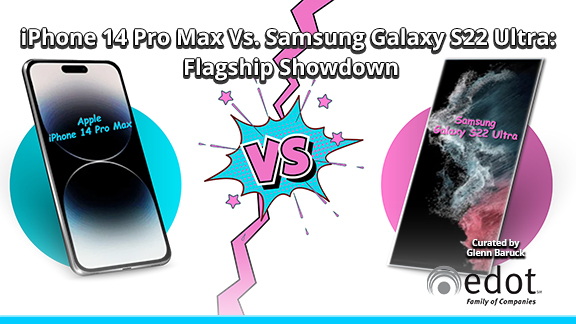 “Check out this excellent head-to-head and decide which heavyweight smartphone would be best in your corner!”

The battle royal continues between the two technology giants in the smartphone arena, Samsung and Apple. In this latest battle, Apple is gunning for Samsung’s flagship smartphone with the release of their top-of-the-line model, the iPhone 14 Pro Max.

Now, the question on everyone’s mind is, can Apple’s newest superstar take down what many consider the reigning heavyweight champion of smartphones, Samsung’s Galaxy S22 Ultra? As Snider notes in this article for crn.com, Apple had a lot of time to put its game plan into action as Samsung’s Galaxy S22 Ultra was announced back in February of this year when Samsung President TM Roh said the S22 Ultra was “the ultimate smartphone.”